Announcement of the International Center of the Roerichs

On 5 August 2019 the official site of the Russian Federation providing information on auctions (auction marketplace) announced that in order to settle the debt of the International Center of the Roerichs to the tax authorities the painting by Nicholas Roerich “The Black Gobi” (rus. «Черная Гоби») owned by the non-governmental organization would be put up for auction (description attached).

The International Center of the Roerichs asks all Russian and foreign legal entities and natural persons to buy the painting by Nicholas Roerich “The Black Gobi,” which will be offered for sale during the auction mentioned above.

Buying this painting you are saving the international non-governmental organization the International Center of the Roerichs (ICR) from bankruptcy and contributing to the revival of the non-governmental Museum named after Nicholas Roerich of the ICR, founded by Svetoslav Roerich and destroyed by the officials of the Ministry of Culture of the Russian Federation in 2017.

You can apply for participation in the auction until 2 September 2019.

We are asking those who care about the future of the Roerichs’ heritage in Russia to spread this information.

Description of the painting 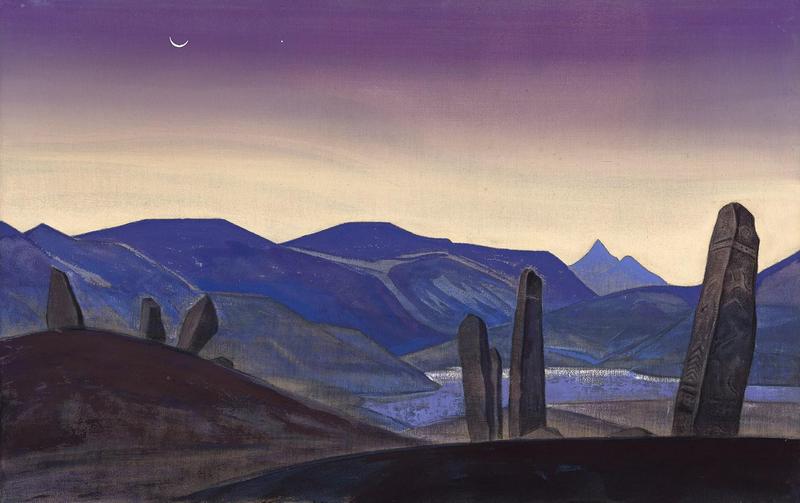 “The Black Gobi” painting depicts hours before the sunrise in the desert and semi desert occupying the South and South-East of Mongolia and adjacent territories of China called the Great Mongolian Gobi. This vast territory received its name due to the color of the black crushed stone covering the ground. During the whole year the sky here is bright and blue while at night it is full of stars.

In his diary written during the Central Asian expedition Nicholas Roerich mentioned: “Limitless seems the Central Gobi. It is white, pink, blue and slaty black. The wind covers the slopes with stones. Avoid this stone wind.”

But the ancient Gobi also keeps the traces of the Migration Period. Nicholas Roerich believed that “the Mongolian region including the Central Gobi is still waiting for scientists and archeologists… On our way we saw perfect examples of deer stones as well as high menhir-like granitic and sandstone blocks, some of them were ornamented.” In the setting sun against a background of dark-purple spurs, the ancient stones look like silent guards, keeping the secret of the peoples who went through these places.

Publications in the media

Alexander Stetsenko. The Way the Ministry of Culture with the Assistance of the Supreme Court Destroys the Non-Governmental Museum Space in Russia.

Alexander Stetsenko. The History of Destruction of the Non-Governmental Museum Named After Nicholas Roerich Established upon the Initiative of Svetoslav Roerich. Reasons and Consequences.

Frontline at Znamenka: Watch in the Name of Culture